Sewing and embroidery for kids with dollar store shelf liner 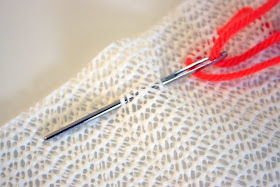 I like to hand sew things, and ever since the kids were old enough to notice me sewing, they have wanted to have at it. When they were really little I put together a toddler sewing kit, which I blogged about here. It was very basic with large lacing cards and beads. They loved it for quite some time, but now they are kind of over it. It was good for two and three year olds, but now that they are five and nearly four they want something a little more involved and more like the real deal.

I spotted a particular type of shelf liner in rolls in the Dollar Tree last week and on closer inspection it was the perfect material for learning to sew with. 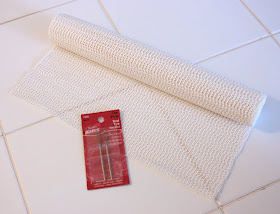 I mean REALLY perfect. Here's why...

See! It's made for the job! All I had to do was cut a load of lengths of various coloured yarn and find some big beefy blunt needles. 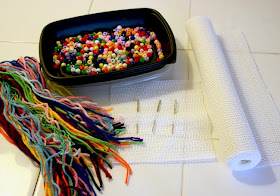 The needles I got were from Jo-Ann craft store and were two in a pack for $1.29. Really chunky, with big eye holes for easy threading and very blunt. 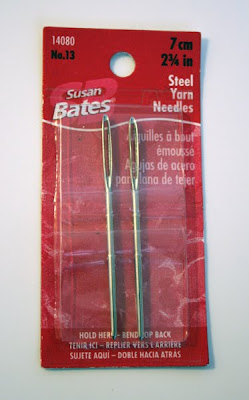 For a first shot at sewing I drew out lines of rainbow colours on a piece of the shelf liner in appropriate coloured sharpie permanent markers. 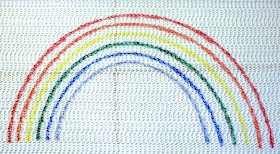 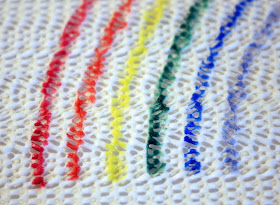 My older daughter then sat carefully sewing in each colour in a running stitch. She really got into it and obviously felt that she was doing something very grown up. She really surprised me with how neatly she sewed it. I was expecting something much less precise as a first attempt. I just helped my younger daughter to play around with the sewing stuff in a less structured way because she isn't quite dexterous enough to complete something like the rainbow alone yet. 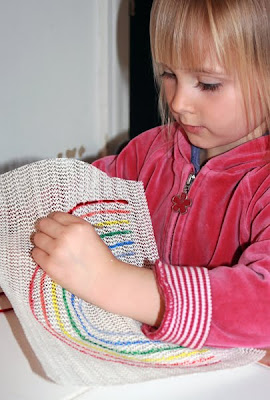 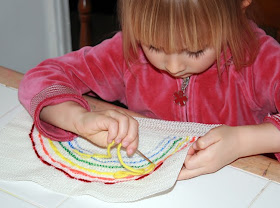 I was quite surprised as to how patient my five year old was with this. Here's her finished embroidery... 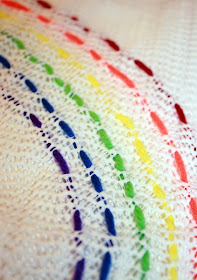 She wanted to do more, so I thought I should try her with something a little more complicated. This time I drew out each stitch in sharpie for a bunch of flowers for her. She kept going at that for another half an hour. It's tucked away in the new sewing box for her to take up again when she's ready. 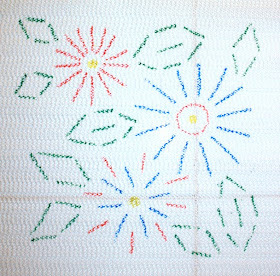 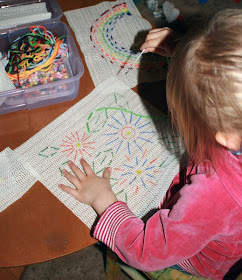 One issue we had with even the big needles was that the yarn would fray and be difficult to thread into the needle. I put together a giant needle threader with a lollypop stick, a pipecleaner and some electrical tape. My daughters had never seen one of these before, so they were really impressed that you could use it to thread the needles in such a quick easy way. 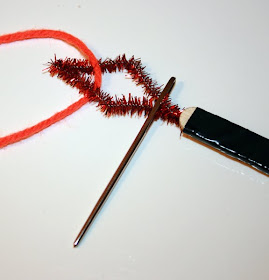 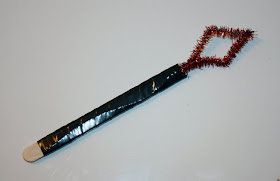 So here's our updated, bigger kid sewing box ready to be opened up again when they want to sew along with me. I like this set up as a half way between toddler lacing and proper material and sharp needles, because it allows the kids some extra autonomy, as I don't have to supervise as closely as I would with sharp needles. I'm more on call for help trouble shooting than being a guard on duty and they like that as much as I do. 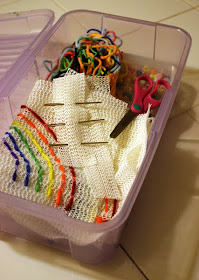 The Dollar Tree also had the shelf liner in blue, black and green, so I'll be picking up more. Next is to explore adding the pony beads as they sew... 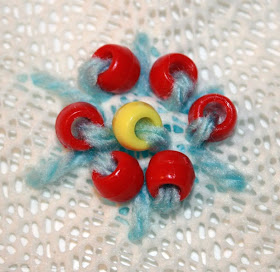 As they get older we can explore sewing pieces of the material together and I bet before too long my older daughter will be able to deal with some basic embroidery stitches like chain stitch.

We didn't have an embroidery hoop, but if you do have one, that would make this even easier for the kids to manage.
Share